To be clear, I love old computers far beyond their actual practical worth. I love that you can take them apart like LEGO, clean them, put them back together and they work again. When you're the kind of person that just compulsively takes things apart it's addictive - imagine a pen that you can unscrew in front of you, of course you do it, right? Then imagine the pen is filthy from sitting in a storage space for 10 years of so and you have an air compressor and can blast that dust right out of there and make it like new again - even better.

So it is with old computers. The Amiga was my first real computer. In about 1987 I was in the wrong tertiary degree course for the wrong reasons. A friend bought an Amiga 1000 and once I saw it I suddenly realized this! I quit the degree immediately, primarily to work to make enough money to get that computer but also to get back to study because I knew that Computer Science was the degree I should have been in. I started with an Amiga 1000. 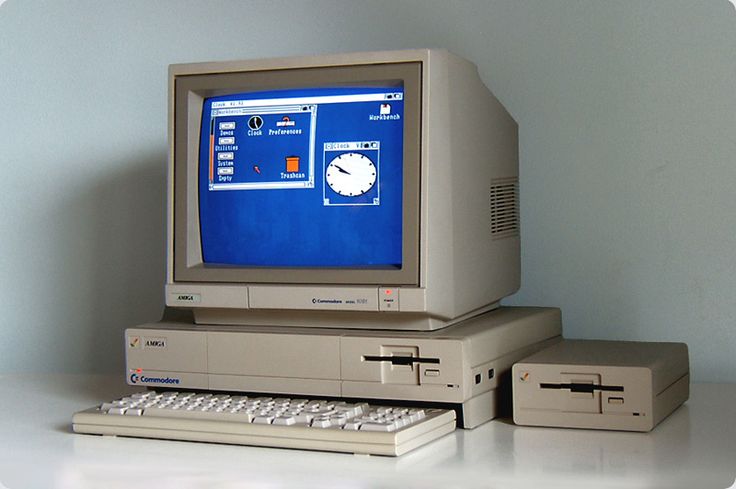 It took a couple of years of studying mathematics while working because I hadn't been a great student in conventional secondary school but pretty soon I was beginning a CS degree and I upgraded to the Amiga 2500 complete with 68020 and flicker fixer! And embarked on a four-year argument with various professors who would say "that's not compatible" - maybe that was half correct, but I got all my work done on it. (Worked fine to connect to the VAX.)

Years later I had a PCB made for a little project at PCBFast in Melbourne. Much later, 2018, I heard the owner is retiring and they are closing down - and would any former customers like a few old computers? I couldn't get there fast enough.

I picked up a couple of really nice Pentium II machines made by Intergraph, an old Dell and sundry monitors, bringing my collection to one 15", two 17" and two 19". No NOS 21" Trinitron as I had hoped for but oh well! Sadly I could not transport or find space for some of the industrial gear, like CNC drill machines, that were sold for scrap. Talking about this online someone local thought that if liked that old stuff maybe I would like an Amiga 1200 with various accessories that he thought might be in storage somewhere? HELL YEAH!

I never had an Amiga 1200 but my friend Pete did and it was pretty cool. Like my big box machine, more powerful but in half the space and 1/4 the price. We got a lot of gaming done, even a little work. Eventually, sadly, Commodore died and I got a 486 and never had another Amiga. I did finish the degree and things went well. Started in embedded C, then C++, then mobile - now Android and iOS. 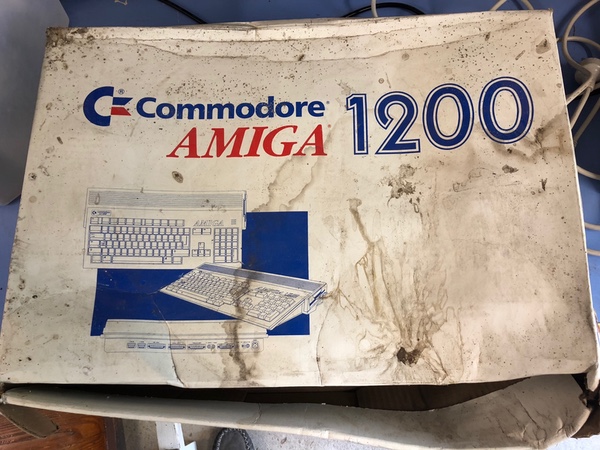 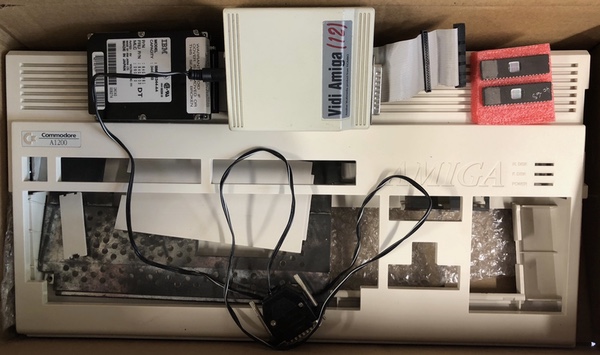 So I got the Amiga, and it did not disappoint. Covered in dust and a little mouse poo the box showed promise, probably repairable if not actually working. I kind of expected years of neglect to have made all the capacitors leak and the board to be too far gone for anything to work at all but it did! After a complete board clean with cotton buds and isopropyl alcohol and a replacement of all electrolytic capacitors it booted, asking me for a Workbench. Which I didn't have - the included original disk folder had a corrupt workbench disk! Oh well, the Install disk boots and a couple of the games I have tried seem to boot also. 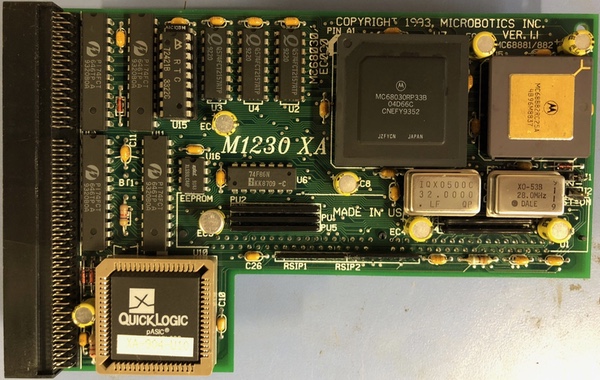 I was really excited about this thing, perhaps irrationally so. A few years ago A1200.net ran a kickstarter for an Amiga 1200 case replacement. I bought one (transparent!) before I even got my computer. 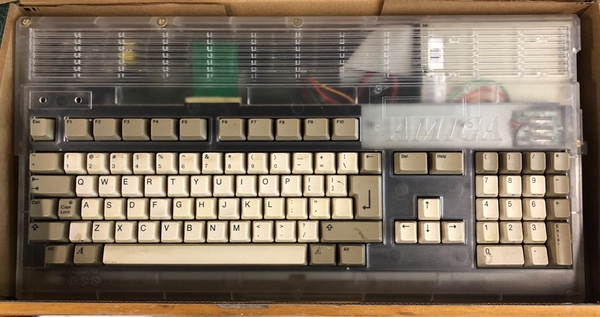 I also picked up the awesome DiagROM images, and a GGLabs A1200 ROM set, and the adapter to burn new ones if I need to. All I can do right now is boot to DiagROM - everything tests fine. I started looking for an Indivision AGA MK2 because I was convinced it was the only way to get good video out of my new machine, remembering the scarcity of 15kHz monitors back in the day - NEC 3D anyone? But there are a couple of Dell U2711 panels at work that nobody seems to be using, wonder if I can buy then a new 27" and bring one home - they are reputed to work beautifully with an Amiga with only a 23-pin to VGA video adapter. 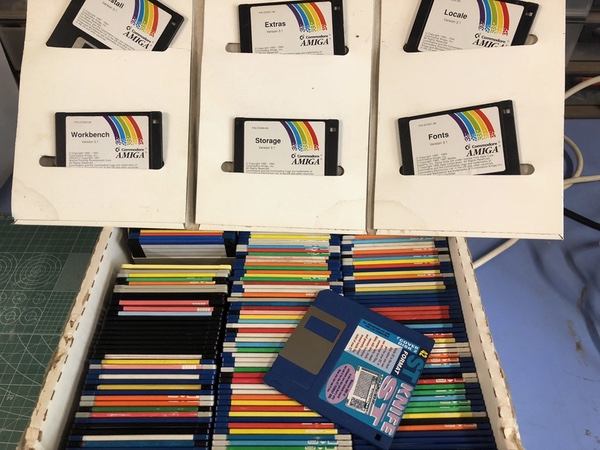 Though there is a big box of disks I don't expect too many to work. The hard drive included was a definite NOPE! I picked up a 4GB flash module that sits right on the header for not too much. Right now I'm waiting for the Hyperion 3.1.4 Kickstart/Workbench set to arrive. And I'm thinking about the keyboard. I love mechanical keyboards. Having an Amiga that can play Nethack and Infocom text adventures on its own mechanical keyboard would be pretty cool. I'm far from the first to think about replacing the original KB with a mechanical but maybe I'll just go and build one.